$1.5mln in the Final Hours: A Successful Kickstarter Story 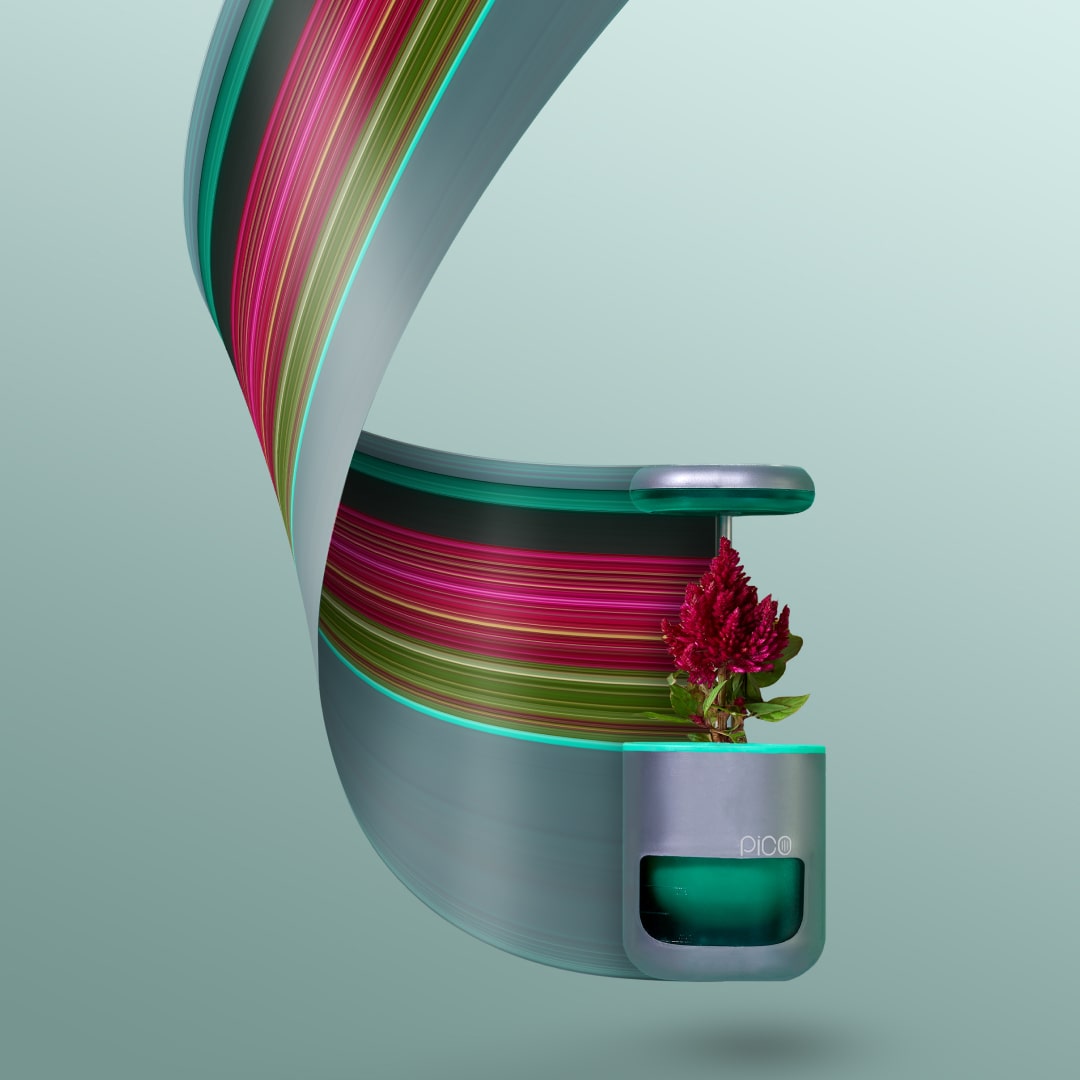 Let me tell you about the last day of Pico’s crowdfunding campaign and how a quarantined team of 80 joined together in one massive push to cross an unbelievable threshold.

One by one, our team’s tired faces show up on our video chat.

After a month-long campaign with many insane achievements and lofty goals, we’re still not quite there… with only 10 hours left, we’re still $35k off the perfectly round magic number—$1.5 million. We’re so close, but… $1,463,561 really doesn’t look that good.

What are we going to do?

Our wonderful Project Manager Ruzanna gathers us all for a morning pep talk. She’s at her grandmother’s. After a 1-hour nap at 8am, she realized the internet wasn’t working at home, and quarantine aside, she had decided to find a new temporary office.

She starts the conversation, “Team, it’s the last 10 hours, sorry, 600 minutes, 36,000 seconds—yes, I’m counting—and I want you to remember this day for the rest of your lives. We’re going to do it! We need to hit $1.5 million. That’s $3,643 per hour to get to our goal or $60 per minute. It might seem impossible, but we’re going to find 2 Pico backers per minute. And we’re not stopping until the clock hits zero!”

It seems impossible, but from the nods, on the screen, you can see that the desire to overcome this challenge is stronger than ever before.

Others begin to chime in with their new tactics.

Norayr and Gag discuss some potential automations to reconnect with backers who had canceled their pledges.

Sona excitedly interrupts; she has a new strategy to reach out to influencers in the final hours. Mary chimes in, “That could work for PR as well!”

Zhenya from SMM comes up with ways to incorporate that into her strategy. But she doesn’t feel well… I hope nothing happens…

Despite the heavy stress, there were some amazing ideas that we agreed to try.

We’ve canceled all other meetings. Including the weekly Retrospective (which had never been canceled before)! Our team is all working at the absolute edge of their capacity.

Our Sales team has put their tactic into action. They’ve contacted everyone who canceled and brought them back to the campaign. Norayr alternates between chat windows and Kickstarter’s messaging tools, creating new automations to engage the latest backers and inspire them to share the hype with their friends.

By raising the commissions for her affiliate partners for her influencers, Sona pushes hard on her end. Many of them are excited to participate in the final hours with their audiences. With custom posts overlaid with final countdowns—24 hours left, ending soon, last hours—and tapping into audiences that are already familiar with the product, her conversions are really peaking!

Double the visitors and a 2x higher conversion rate. Sona for the win!

The Ads team hasn’t stopped implementing new strategies either. Astghik sets her coffee aside as she discovers new cold audiences with Google Analytics, learning about their interests and tailoring the existing ads to them. Valeri flips his cap back, cracks his knuckles, and retargets warmer audiences who still haven’t converted with friendly messages to bring them back. Meanwhile, Arsen reaches out to those who visited the page in the last 72 hours.

Albert directs his team of SMM experts to engage with commenters and followers. Mushegh reaches out to those who have liked and commented on Pico’s Facebook page, and Zhenya has come up with an even more out-of-the-box tactic!

She’s still not feeling well, as she fires off messages to people who have commented on our influencers’ posts. Many of these are excited about Pico, might even check out the page, but then forget to commit to backing. And with only 6 hours left, we really need to remind them!

The influencer marketing team is at it again! Margarita reached out to all the Facebook group admins they know and convinced them to share admin access. Now that Pico is being featured across all these channels, traffic is really going up.

Half an hour goes by, and disaster strikes.

“Zhenya’s at the hospital.” Albert’s voice sounds tired through the phone. “She had food poisoning.”

Turns out, she’d been powering through, doing the work from bed. She’d taken a turn for the worse, and the ambulance had come to take her in for tests. But that hadn’t stopped her from calling Albert during the ride, running him through all her activities and letting him know how to continue them while she was out. Get well soon, Zhenya!

We’re way behind. Our pace is too slow! Why isn’t this working?!

Just as I’m racking my brain for new strategies, our team’s Slack channel chimes with a message from Arun, Pico’s founder. I hold my breath as I open the app to read, “Hey team! Can we still do $1.5M?”

I hesitate for a moment. Should we give up? No, of course not!

My fingers dash across the keyboard, “Yes, Arun. We can!”

Astghik jumps back into action, creating new ads. But the audience is growing tired of all our current visual content—we need something new. Roland suggests a fun gif of a plant growing in Pico.

Our Head of Design, Tiko, also jumps up at the opportunity. He grabs his camera and starts setting up the shot. Between this and the photographs he’s been working on since morning, the campaign now has a ton of fresh high-quality visuals that instantly grab attention.

This might capture the audience’s interest, but we also need more explanatory content. For those who need a little more info to decide.

Hagop begins reworking a short video we’d recorded of our Head of Copy, Dan, a few days earlier. He adds in some subtitles and overlays. This video is rapidly turning into a great product presentation. And targeted to people who have seen all our visuals but never clicked them, this will send them over the edge and into our Pico page—this is going to work!

Can we do more? Yes! Let’s also target it to those people who have saved our page and sent us any messages.

While the Ads team retargets that audience, Sona reaches out to all her top influencers with an increased affiliate percentage. Seconds later, the first reply comes in. Influencers on board!

I check my phone to find a series of posts already popping up on Instagram and Facebook… 17 million followers? Wow. Let’s check the dashboard to see if any of them are converting.

It’s working! We raised nearly as much in the last 2 hours as we did in the previous 6!

All the way from Bulgaria, our partner Ivo chimes in with a fantastic idea, “Let’s reach out to backers and tell them to increase their pledges by offering something complimentary!”

I jump on the phone with Norayr to see how they can integrate this into his sales automations.

But what are we going to offer? It’s literally the last hours. Can we manage to put something together?

We had been saving a couple of Kickstarter add-ons for the post-campaign survey, but maybe they could work now. With Ruzanna and Arun, Norayr develops the Pico-Timer and Mini Garden Tool Kit add-ons. It’s a fun, affordable package that can help new growers on their journey of plant parenting, and as part of his upselling script, it’s quickly becoming the perfect pitch to existing and new buyers.

He begins to test it out… it’s working!

He scales it up, takes a deep breath, and clicks send. Moments later, the short message arrives in 17,000 backers’ inboxes. 700 respond!

Proving herself a fine soldier on the battlefield—no matter the wounds—Zhenya sends Albert a to-the-point message from the hospital, “Mini giveaway with the tool thing.”

Fishing? Yes, it turns out that when you dig very deep in Google Analytics, you’ll discover that people who love fishing have one of the highest conversion rates for Pico. I guess they’re very connected to nature, the calm of the lulling waves—and Pico can bring that into their homes!

Fishing ads are live. And… they are converting… 5 conversions already!

Norayr’s upselling is really starting to pay off. More people are replying, and he’s pulled in a number of people from other departments just to handle the insane amount of interest. He’s developed a script to make responding to people’s questions easier and show them how to select the add-ons.

And just as an entire team of scientists, engineers and astronauts works tirelessly and intensely in those final minutes, we’re not stopping! That’s enough looking at the clock, we’re pushing till the end.

A sudden spike in traffic. But where’s it coming from? Something big is happening. Conversions are coming in. Who did it?

Great job PR team! You managed to land this article in the last minutes, and it’s working!

For the past week, our PR expert Serine has been focused on converting journalists. PR loves urgency and the fear of missing out is a big player. Leading up to today, she’s been mentioning the days left in her pitches—only 5 days left… 3 days left… 1 day left!

And highlighting the big milestone was definitely another big selling point that journalists were responding to, “Pico hits $1M on Kickstarter… Pico nearly at $1.5M in final hours… Crowdfunding Smashes: Pico.”

Now, Serine rushes to offer increased commission rates for her affiliate partners using Kickbooster, the heat was really on! And while conversions directly from news sources are a bit harder to track, the traffic was definitely increasing thanks to posts in Yahoo News, Core77, Treehugger, NewsBreak and many others.

Should I just back it? I mean, I love Pico, and that would put us over. No, that would be cheating. We can do this!

Refreshing everything. Sales team, puuuush it. You can do it!

With Pico at $32, these kinds of big Kickstarter pledges always come as a pleasant surprise. Even more so now that we’re in the last minutes.

Do we celebrate? Do we wait?

In the final minutes of Pico’s campaign, we just turned a dream into reality.

Like Manchester United defeated Bayern Munich in 1999, we kept pushing. We never gave up. We kept playing until the end. And it paid off. Literally.
You might think it’s too late for a certain activity in the last hours. But really, it all works in unison, and you never know where surprising results may appear. How are you going to convince an influencer to post something in just a few hours? Who’s going to see it? Will whoever does have enough time to follow the link and take action? Yes! Thanks to their efforts, Sona’s influencer marketing team had 15 posts and stories in the final hours, and they doubled their traffic and conversion rate.

And the same results were echoed across the entire team. Each a part of a bigger whole.

Never give up—you never know what amazing things might happen in the very last minutes.

Take the first step towards your $1M+ Campaign now!