Normally, our Know Hows offer a grand selection of the best tools and strategies from all of our amazing departments here at The Crowdfunding Formula.

However, our Ads Team took our Know How by storm with their advertising secrets. They knocked everyone out of the water with their ads tricks and earned their own blog post filled with all the greatest Facebook ad hacks.

Here are some of the best Facebook ads tricks and advertising secrets of the year for Facebook Advertising professionals. Even if you’re an influencer, copywriter, or jack-of-all-trades digital marketer, you’re sure to find some useful things here. After all, there are more than 2.895 billion monthly active users on Facebook and not knowing the secrets to advertise on that social media platform will surely give you a hard time.

Read on and up your game.

You wouldn’t think it likely, but one of our Ads Team’s most worthy opponents is not the competition, or the wary consumer, but a computer program. What?!

You probably know that Facebook limits the reach of the ad if the photo or video thumbnail contains too much text overlay. This Facebook Ad text limit greatly reduces the reach, which means less exposure of your product and less conversions at the end of the funnel.

But there are still cases when you indeed want to have some Facebook text overlay on the banner. Why? Because your product might need some added explanation, or you’ve thought of an awesome headline that you can design into your banner.

This means that potential customers are lost because of a factor that can—in fact—easily be controlled.

Facebook’s AI uses advanced algorithms to detect for ads with too much text. It took me a while, but I found a Facebook ad hack to make Facebook text overlays without getting caught.

One of the rules the AI follows to find text overlays is by looking at contrast. Usually, text stands out, clean lines with lots of contrast between the letters and the background.

So, if the contrast is too high between colors, the sharp edges of the colors will be flagged—this can even happen if you have no text overlay in the image.

When I discovered this, I started trying to find ways to use this insight to fix our images, dialing back the contrast between colors in photographs.

In the following image, notice how the black and white option has higher contrast compared to the light green and dark green option. Facebook’s AI claims the first ad has too much text, and its reach will automatically “be much lower.”

The second image has even more text overlay, but because of the reduced contrast, Facebook’s AI claims it is within the text limit, and the “ad will run normally.”

So, if your ad gets flagged for too much text—whether it has text or not—I suggest you try this!

But don’t take it too far! You don’t want to reduce the contrast so far that your text becomes illegible…

Keep Your Impressions High with this Facebook Ad Hack

Over the duration of your Facebook ad campaigns, you’ve probably experienced your target audience’s interest wane. This highly affects your ad’s performance, while you wrack your brain to find the solution.

Why does this happen?

When I realize I’ve found the perfect target audience and the perfect combination of copy and image, I get really excited. As you would.

And then I go ahead and overuse it. Everyone who’s interested, converts, because the ad is amazing!

How to use Learning Phase

This feature shows the creative performance of each ad over the live ads’ lifetime. It’s not an easy task to understand why ads start to misperform and why this happened. Please note that Learning Phase analytics is only available if your Facebook ad has at least 500 impressions otherwise it won’t show any data.

How do you get to Learning Phase?

Just go to the Ad Set Level, and click on the Delivery section. From here, select Learn More:

The Learning Phase appears on the left, from where you can select Inspect:

Now when you are in the Learning phase, here are some statistics you need to take into consideration:

As it falls, it means that less new people are seeing your ad. Low First Time Impression ratios are one of the leading causes of poor conversion. Always remember that once everyone who is interested in your product has converted, just showing the same ad to the same target audience, won’t help much.

This is the percentage of people your ad reaches given the audience size (remember that audience size is an estimated number and consolidates data from interests, demographic information, placements and referral marketing platforms).

Let me give you some rough numbers to illustrate this point. If your estimated audience size is 200,000 and your ad actually reached 20,000, this means the audience reached ratio is 10%. Yeah, as simple as it seems.

The more people you reach from the estimated audience, the lower the First Impression Ratio will be.

Analyzing the typical Facebook Ads sector, businesses generally aim for a 20-25% Audience Reached Ratio before moving on to the next ad. You could keep pushing an ad until you’ve reached 100% of your audience, but better keep things fresh!

The Auction Overlap Rate is the metric at which your ad set is in the same auction as another ad set from your own account. Normally you should aim at competing with other businesses for a target audience’s attention. If you’re competing against yourself, you’re fighting a losing battle!

When two ads compete internally against each other, both are less likely to reach your targeted audience.

Hence, a high overlap rate can be a result of your ad’s bad performance, and you should look at refocusing one of the ads to a different target audience.

When all else fails, beat Facebook’s AI with your own AI hack!

ReFUEL4 is an awesome tool that, just as the performance of the ad begins to decrease, this tool automatically replaces the ad with a new one! But it comes at a cost—$1,000 per month!

Be careful with this strategy, as you can’t apply it blanketly to everything. There may be other reasons why your ad’s performance is decreasing over that timeframe, and you wouldn’t want to cancel the ad prematurely!

Sometimes it’s hard to understand exactly why an ad is not performing as expected.

Rather than just lose money with poorly performing ads, without understanding what or why, you need to find what metric you are performing poorly on so you can fix it moving forward.

What’s down? The CTR? The reach? How can you compare and find out?

Easy! Though not obvious…

In Facebook Ads Manager, there is a hardly noticeable button that lets you compare different time periods with each other.

You can find it on the top right of the date tab:

Just turn the comparison on, choose your timeframe and hit Update.

You’ll see all the data compared, including reach, ROAS, and CTR.

From here, you can now easily analyze what is going wrong and make appropriate adjustments.

In this example, we can see that the reach has dropped by 7.23% compared to the previous week, which can explain the drop in conversions.

It’s a challenge, when starting research on a new Facebook ad campaign, to understand your different target audiences. You could try to test each potential group with a small sample of different ads—but there has to be a faster way!

Let’s imagine for a moment that you’ve found a competitor’s page with awesome Facebook ads and you want to see how they’re using them. You could ask them for access, but let’s not kid ourselves, you have a better chance at fishing a Tesla from outer space than them giving you that privilege.

So what do you do, as very curious advertiser who wants to see how competitors’ Facebook ads work?

You dig deeper to find what ads they post, what audiences they target, and anything else you can use.

How? Through the Page Transparency menu.

Open up your competitors’ Facebook page and go to the Page Transparency section on the left:

If there are no ads shown, update the country filter to a relevant target audience:

What if you want to see more detail?

When you change the filter to only show inactive ads—those that are no longer in use—all of a sudden, a world of data emerges.

Scroll down to see country regions where this ad performed better.

If you have problems viewing only the Inactive Ads—sometimes updating the filter brings 0 ad results—you have to scroll down past all the Active Ads to reach them.

The level of detail is equal either way, but if the filter works, you’ll save yourself a lot of scrolling!

With all this new data, you can now not only improve your ad’s copy and image style but improve your targeting.

What is holding you back from being a digital marketing expert?

That was a whirlwind of amazing tips and Facebook ad hacks from our expert Ads Team.

Did you know these tricks and strategies? Will you be applying these on your next campaign?

Let us know in the comments section down below!

Don’t forget to check out our Advanced Facebook Advertising Tips.

Know How: Expanding your Network and Reach 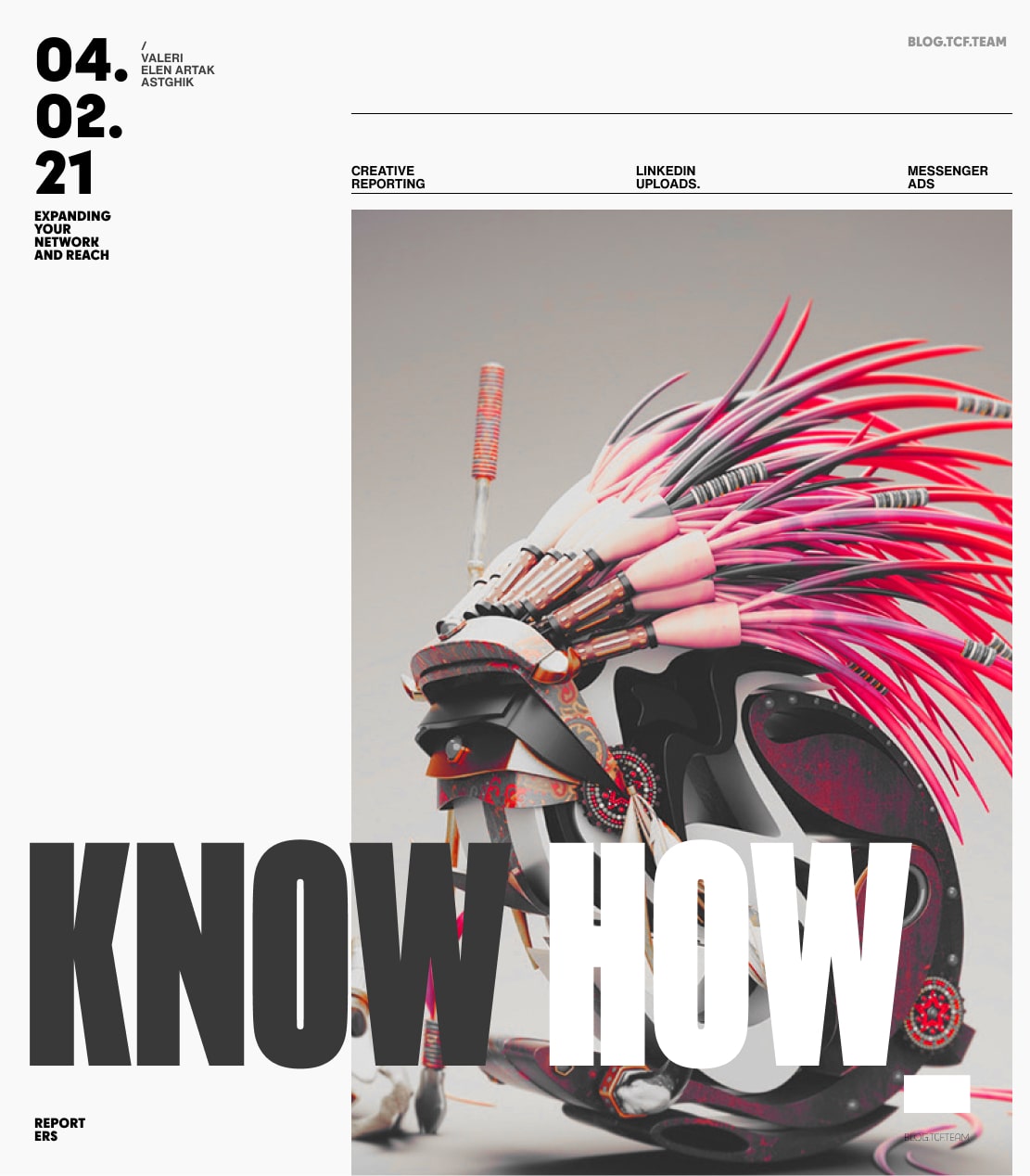