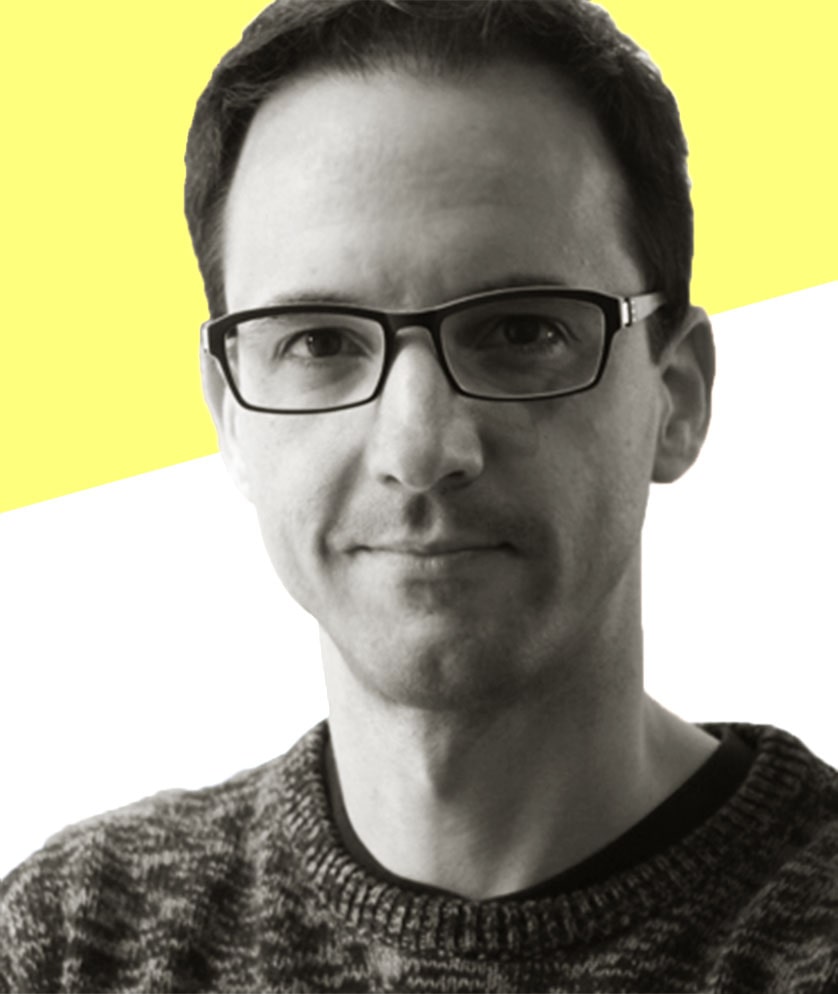 You might not have heard of him per se, but if you’re serious about this crowdfunding thing, then you’ve probably come across his work. Ran Cory is the creative mastermind behind more than a few successful crowdfunders.

His strategies, videos, and advertising have catapulted the likes of MagicStick, Angel, RideOn and recently SIlent Partner to international stardom, and have seen them featured in major media publications including Forbes and The Telegraph.

With an impressive collection of international advertising awards to his name, and over a decade working as a creative director on a number of high profile accounts, it is little wonder that Cory has established himself as crowdfunding’s answer to Simon Cowell. So exactly what does it take to turn a crowdfunding campaign into a celebrated brand? We caught up with Ran in the hopes of discovering just that.

It’s difficult to spend only 10 minutes on Ran’s website. Peppered with videos from some of his most successful campaigns, it’s the type of site you can lose an hour to without even trying.

Every video is completely different from the last, and each grabs your attention with the force of a raging bull — once you’ve clicked play, it’s impossible to look away. Which brings us to his first point; campaign videos matter.

“You have to intrigue your audience.” Ran reveals, “It doesn’t matter whether you have limitless resources or a tiny budget, the content of your video is important. Very few people read the content on your campaign page, 90% will watch the video. It must grab their attention within the first 15 seconds or they won’t buy.”

If you want to know what makes a good crowdfunding video, campaigns like MagicStick are a great place to start. “MagicStick was a very simple campaign,” Says Ran. “We shot a low budget video but it was interesting, well prepared and — most importantly — the product was good. If you want a successful campaign, you need a good product and a good video. And you need to know your audience.”

‘Know your audience’ is the kind of generic crowdfunding advice trotted out in every half-assed how-to article out there. But Ran is keen to point out that there’s more to it than that, “The best advertising speaks to the audience on either an emotional or a rational level.

If I’m selling MagicStick to gamers, jokes won’t work, they need facts and logical arguments. If I’m selling to parents, then I can afford to be emotional.” He explains, before emphasizing, “What doesn’t work is combining the two approaches. You can focus on advertising emotionally or rationally, you can’t do both.”

That’s the kind of insight that makes it obvious the guy in the chair opposite really is the Godfather of advertising.

So it was perhaps ill-advised to ask him for his best crowdfunding tricks. “I don’t believe in tricks.” He answers quickly, softening slightly as he adds, “You have to make a campaign relevant to people. If you want someone to remember your product, you have to create an emotional attachment.

The things that work in advertising are children, dogs and old people.

But when it comes to crowdfunding, it’s much, much harder to create a good campaign than a good commercial. A commercial is location-specific, you can use national humor and in-jokes. Crowdfunding is international, your campaign has to be universal, it has to make people laugh, cry and feel something no matter what country they’re in.

With his experience in the advertising world, it probably shouldn’t come as a surprise that this creative thinker is dead against rules, tips, and tricks. “The best formula is no formula.”

He emphasizes, “The biggest problem for campaigners is that they copy other campaigners. Just because a video worked for a campaign like yours, doesn’t mean it’ll work for you. People get bored fast — so replicating someone else’s campaign isn’t the best solution. You have to think creatively and you have to be original.”

You also have to have a very good product. “Crowdfunding today is completely different to how it was two years ago,” Cory explains. “There are more competition and more crowdfunding platforms, you have to stand out in an oversaturated market.

Getting journalists to write about you is harder now, too. They stuck their necks out for the Coolest Cooler campaign and it failed to deliver, so if you want media coverage, you need to prepare a genuine prototype that works and have everything in place to deliver to your backers.”

Well, the commercial video has the biggest contribution to the success of your campaign. But that’s not all. Here Ran Cory answers some really important questions you might have asked yourself.

Your mum likes it, and your best friend nodded enthusiastically when you pitched the idea, but how do you know if your campaign is good enough to get strangers excited? “You can ask the people around you.” Ran agrees, “But they have to be honest, and there’s no guarantee they will be. Before you invest money and time in a campaign, take out a Facebook advert. If lots of people click on an advert, and you haven’t spent a fortune on it, then that’s a good indication that there’s a market for your product. If no one clicks? Then it might be time to head back to the drawing board.”

It’s a great idea, but even if you’re only investing $20 in the advert, make that money work. Set up a simple web page for your product with a signup form on it and link it to your Facebook ad. Not everyone who clicks will give you their email address but, even if you only collect five people’s details, it’s a good start.

2. Is your campaign original?

“Competitor research is really important,” Ran emphasizes more than once. “You need to know what makes your product original, and why people will choose you over everyone else out there. For Angel (a wristband that measures blood oxygen, Bp and other health metrics) we were competing against Nike and Fitbit. The small companies,” He jokes. “We looked at what they were doing and realized that Nike only works with one or two apps, so we made our wristband open platform. This meant it had multiple uses and could work with iPhone and Android apps, which gave us a competitive edge – as well as a whole new market. There are 3 million developers out there, and suddenly we had a product that could work with their apps and make them money as well. Targeting our campaign at developers became a really important aspect of our strategy. These people had an incentive to invest in Angel, and we had ambassadors who shared our campaign with their networks.” The moral of that story? Do your research.

3. How long should you spend preparing for launch?

The million-dollar question. From choosing the right crowdfunding platform to planning a strategy and shooting your campaign video, there’s a fair bit to do before launch. So how long should you spend tinkering before putting your idea out there? “That depends on your product.” Says Ran, “If it’s seasonal, you need to launch at the right time of year when it’s relevant to customers. If you’re launching a tech product then the sooner, the better – before someone else has a chance to come up with the same idea. If your product is innovative and different, then it pays to take your time and build up a community. There really is no right answer but, as a rule, I would say a minimum of three months.”

4. How should you prepare for launch?

There’re boxes you know you need to tick; video, prototype, social media campaigns. But what about the rest of it? “Know your market,” Ran stresses again. “Invest time discovering who your competitors are, why they are successful and what they do differently to you. A well-designed strategy is key to success.”

If you’ve spent any time on Ran’s website, you’ll know that campaign videos are also a key component of his success. “Everyone is copying each other and doing the same video,” Ran explains. “The founder talking, a product shot that’s not interesting. You have to do something creative and innovative that keeps people watching longer than 15 seconds.”

As important as strategy and campaign videos are, when it comes to crowdfunding tips, our campaigners want to know how to build that all-important community. “It is essential,” Ran agrees. “You have to work hard to find the people who will be interested in your product – bloggers, influencers, Facebook groups, LinkedIn groups. The key thing is to be active in these communities. You shouldn’t be selling your product to them; you should be selling yourself. Comment and share insights and information they can’t get anywhere else. You need to build a reputation as someone worth listening to, so that when you say ‘Hey, I have this product launching on Indiegogo that’s great’ people trust you enough to click through and engage with your campaign.”

Hey,
I heard you are running a meeting on 5th of June.
Where can one get details and sign in?

What’s up, the whole thing is going nicely here and of course every one is sharing facts, that’s, in fact, excellent! 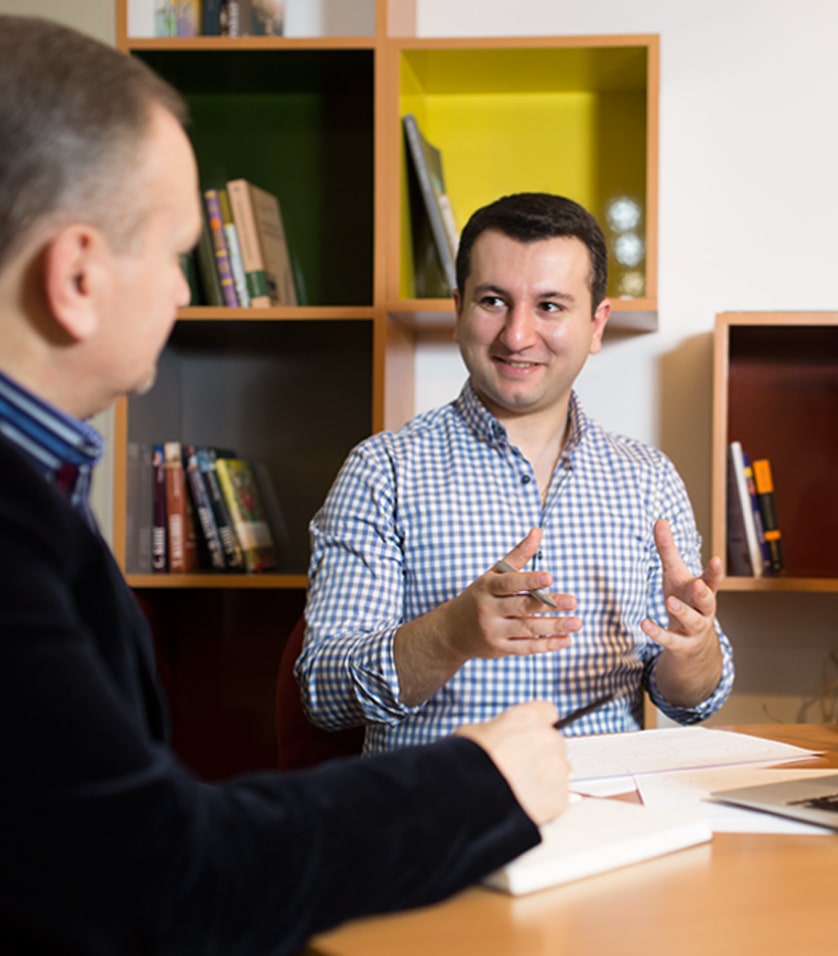